For the past few years, Young Adult (YA) and Middle Grade (MG) has been extremely popular beyond their “normal” target audience. With the success of Harry Potter, Percy Jackson, the Hunger Games, and the Divergent series, more and more authors are turning to teen and children’s literature and trying to write one.

Let’s begin, shall we?

“The Worldview Maturation Story is essentially the hero’s journey. All stories have maturation built into them as each story’s change arc requires the protagonist to shift their point of view in order to attain wisdom or experience.”

The Worldview Genre is all about changing one’s viewpoint and learning about the world around us. It is the ultimate “coming of age” story. According to Shawn, “people choose to read a Worldview story because they want to experience relief or satisfaction of emerging whole from a threat to their internal status quo, or to feel pity for a less fortunate character.”

The Worldview Genre can be both an arch-plot and a mini-plot, and it is an internal genre. The Global Value scale (see above) runs along the values of naiveté and sophistication, and there are four sub-genres: Maturation, Disillusionment, Education, and Revelation.

In a nutshell, that’s the Worldview Genre. You will often see a Worldview Genre paired with an external genre such as Action, Horror, Love, or Crime. The balance of having the external and internal genres with the Hero’s Journey woven into it will heighten your novel’s emotion and empathy.

Let’s look at the differences in children’s literature.

A Look at Children and YA Genre

There are several different types of children’s and teenage literature. How do you know what you are writing? Children and Teen literature often is considered to be a genre and not a category of writing.

“Middle grade” and “young adult” aren’t genres, though people call them that all the time. They’re audiences… When pitching, don’t say that you’re writing for the “young adult genre.” That incorrect. A better thing to say would be, for example: “I’m writing an urban fantasy YA novel” or “a coming of age novel for the middle grade audience.” Since children’s books have so many guidelines, you will appear savvy if you use the terms correctly.”

There are many differences between MG and YA books. However, they are categories and in the publishing world they refer to a marketing audience. Let’s look at the breakdown of each category and then we will look at how the Worldview Genre is connected.

What is a middle grade book? Middle Grade fiction is more sophisticated than a children’s novel (like a picture book or an early chapter reader), however it doesn’t have the mature themes of a YA novel.

Examples? Harry Potter, despite its popularity with adults, is considered a MG novel and was published in the children’s literature category. The themes and conflicts that occur in Harry Potter are often typical of that age group. For example, the themes usually resolve around loss, friendship and loyalty.

The books published in the YA category, are typically read by readers 12 to 18. However, there is a growing number of adults reading YA fiction. These books usually explore a characters integration into the outside world and are often considered “coming of age stories” where the characters “come into their own.”

Examples? The Hunger Games by Suzanne Collins, follows Katnis Everdeen (the protagonist), who begins to explore the world beyond her district. Ultimately, her journey sparks and inspires a revolution within it by the conclusion of the three-novel series.

So, how do you know what you are writing? Here is a quick and brief comparison of the two categories side-by-side.

Writing the Coming of Age Story

There are usually three things we find in a coming of age story. They are:

Five Tips on creating a Protagonist

A Look at an Example

So what kind of stories in the YA and MG categories have a Worldview Genre woven into it? A lot of them.

For example, The Giver by Lois Lowry is about a boy named Jonas who lives in a Community isolated from al other towns. In this Community, everyone from small infants to adults have an assigned role. Like most dystopian novels, Jonah is assigned his “role” in life. Jonah is selected to be next “Giver” and becomes the “Receiver of Memory” in the novel and begins training. It is revealed that “the Giver” alone knows the truth about humanity’s past: war, famine, hunger, birthdays, color, sliding, etc.

Jonah’s world changes throughout the novel. As a result of him being chosen as the next “Receiver of Memory,” Jonah realizes the dangers of the Community and how wrong they are. He changed and develops the courage to leave the Community and escape to a new life.

If you read the novel, you will see that The Giver follows the conventions of a Worldview Genre.

As you can see, there is a lot of overlap in MG and YA stories and the Worldview Genre. Will all stories incorporate the Worldview Genre? No, of course not. However, MG and YA novels are classic examples of “coming of age” stories which usually have some sort of Worldview story built into it.

I hope you all enjoyed your holiday, and I hope that 2021 will bring you the great joy and a much happier year. Take care – Victoria (Tory) 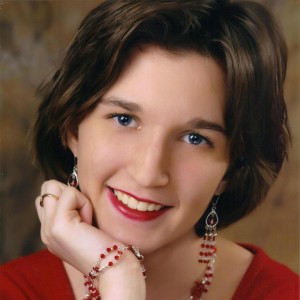 Victoria R. Girmonde resides in beautiful upstate New York and believes that everyone has a story inside of them and enjoys the long-game of crafting a novel that works. She earned a B.A. in Journalism and a M.A. in Professional Writing. Visit her at www.kyrunediting.com, where she frequently blogs about worldbuilding and story craft. She specializes in fantasy, science fiction, mysteries, romance and memoirs.
Comments
Author Victoria R. Girmonde