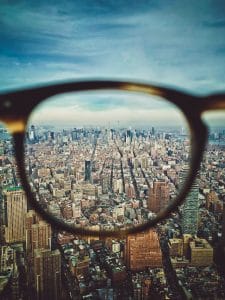 Point of view (POV) isn’t the most scintillating of writing subjects. On the surface POV appears to be about pronoun (first or third person) and verb tense choices (past or present), but it must be more than that because it’s the subject of the third of the Editor’s Six Core Questions. While diving into the depths of this topic, I’ve concluded that POV is the most important decision you can make about your story after the Global Genre.

Of course, every narrative choice you make can support or undermine the story you want to tell. But POV and narrative device are special cases. As Shawn has said, “Your point of view choices will dictate the tenor of each beat, each scene, each sequence, each act and the entire work. They are crucial choices.”

There’s a lot riding on these decisions.

When you understand the elements of POV and narrative devices and what they’re meant to do, you can choose wisely and make the most of your creative efforts. You’ll also make your life easier. “When you figure out what suits your story best, you’ll find immeasurable relief.”

What is point of view? What is a narrative device?

You can choose to start with any of the elements, but I find it most useful to begin with the narrator, the one who stands between the writer and the reader.

Who is telling the story?

In nonfiction writing generally, the writer speaks to the reader without a translator or filter in between. Even so, the writer uses lenses and might take on a certain role or function, for example, as teacher, guide, neutral journalist, or peer.

With fiction stories, the narrator or storyteller usually is different from the writer. The writer writes the story, but the narrator tells the story. The narrator performs the function of delivering information and events and can be one or more specific characters or an unidentified presence. You don’t have to tell the reader directly who is playing the part, but you should be clear on this point—and early in the process. 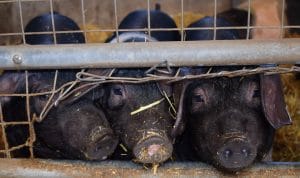 How do you find the right person for the job of narrator? You might ask, who has the knowledge and skills to do the job, or “who is going to give me the most freedom and limitation at the same time to steer me down the right path to tell this story in the right way?”

Why create an intended audience for the narrator? When people tell a story in the real world, they do it for a reason. Even if the primary objective is to entertain, we want something from the exchange, and that goal affects the way we tell the story.

The intended audience affects what we say and how. Imagine that our narrator is a teenager telling about an adventurous night out. When the narrator tells the parent about the events of the night, they might emphasize the good choices and de-emphasize anything the parent wouldn’t approve of. Certain events might be omitted entirely. The words used would be less colorful. The version the narrator’s friends hear in school will be different in material respects—even if the narrator doesn’t lie.

Understanding the intended recipient, even if you don’t reveal this to the reader, will help you make decisions.

Each narrator will have a different reason for telling the story to their audience, which will affect what story events to include and how. Before we get into those elements, let’s look at the narrator’s why.

Why is the narrator telling the story?

The narrator and their audience can point you in the direction of why they are telling the story. The narrator’s why is the equivalent of a character’s Essential Action or their scene goal. Just as you use what the character wants to determine how they behave in a scene, you can use what the narrator wants to decide what to include, in what order, and how. Consider whether the narrator intends to persuade, inform, or entertain, and then go deeper

Where does the narrator stand? 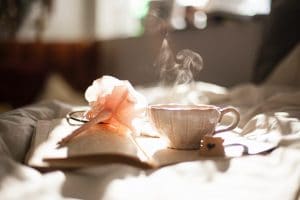 When is the narrator telling the story?

When is the narrator’s vantage point in time relative to the events of the story. It’s not a simple question of past or present tense. The past can be a moment or century ago, and perspective changes the way we see events.

Immediacy may allow us to remember more and more accurately, but it doesn’t afford us perspective on the passage of time. We can view past events in their larger context from which vantage point we may have a different opinion that we can share directly or indirectly. The opinion might tell change why we’re telling, whom we’re telling, what events and details we share as well as the way we tell them.

What events and information does the narrator have access to?

Alfred Hitchcock left us with the useful direction that drama is life with the boring bits cut out. But which bits are boring? Which bits are relevant? Your narrator’s why can help you make those decisions, but the who, where, and when help us determine the raw materials of the narrator’s telling, that is, which events and information do they have to choose from?

If the narrator is a character within the story without powers of mental telepathy, they can share only what they directly observe (words and actions), experience (their own sensations, thoughts, and emotions), or hear from other sources. They could reveal their own thoughts, emotions, and sensations, but not those of other characters. If the narrator is an omniscient, god-like presence, they could have access to the thoughts, feelings, and sensations of one, several, or all the characters in the story.

The information the narrator has access to, along with the why, helps us understand how.

How are the Events and Information Presented?

The how of narrative device could be an entire post on its own. It includes everything from the style genre (e.g., epistolary, drama, comedy) to word choice, as well as narrative drive and distance. Choosing the who, why, where, when, and what of your story will affect your options for how. 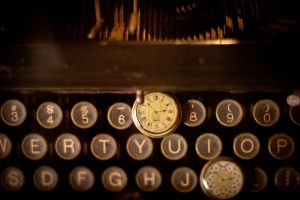 POV and narrative device are more complicated than they seem at first blush, but shining a light on the underlying elements is meant to make things easier. When you understand what lies beneath the choices and consider them in light of the story you want to tell, you bring intention to your storytelling. 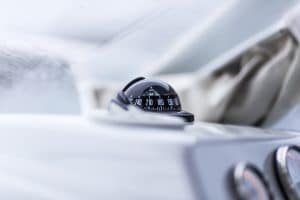 As I researched and wrote this post, I wandered into the weeds over and over. Each time I found myself off the path, I brought myself back using Shawn’s Six Word GPS, and you can use this for your story too.

Consider asking these questions in light of your own point of view:

Then identify your next step and get started.

Leslie Watts is a certified Story Grid editor, writer, and podcaster. She’s been writing for as long as she can remember: from her sixth-grade magazine about cats to writing practice while drafting opinions for an appellate court judge. When the dust settled after her children were born, she launched www.Writership.com to help writers unearth the treasure in their manuscripts. She believes writers become better storytellers through practice, and that editors owe a duty of care to help writers with specific and supportive guidance to meet reader expectations and express their unique gifts in the world.

by Shawn Coyne
What are the first principles in writing a story that works? At Story Grid, it’s easy to get distracted by the tools, spreadsheets, commandments, macro lense, micro lense, and on and on. However, all of this eventually comes back to five first principles. In Story Grid 101, Story Grid founder Shawn Coyne distills 30 years... Read more »
GET YOUR COPY
Paperback: $19.99
Ebook: $0
Audiobook: $14.99
Comments
Author Leslie Watts