The following is an excerpt from the Story Grid Publishing title The Writers’ Common Language: A Shared Vocabulary to Tell Better Stories.

If I learned one bit of knowledge from Shawn that I use more than any other, it is this. If our value doesn’t shift, we are breaking one (or more) of the Five Commandments of storytelling.

The Five Commandments are the step-by-step how-to methodology for creating value shifts in our story.

First, I’ll give a quick introduction to the commandments and then dive into why they have been so helpful. I’ll use the first scene of Pride and Prejudice by Jane Austen along with Shawn’s explanation of the Five Commandments.

This is the unexpected event that kicks off the action in our story. These can be causal—a character actively does something—or coincidental—something random happens. Whatever it is, something has to get the story or scene going.

The inciting incident in the first scene of Pride and Prejudice happens when a bachelor— Mr. Bingley—rents a nearby manor.

As the character(s) try to reach their goal of making the world right again after the inciting incident, they experience obstacles and sometimes tools along the way. These Progressive Complications build to a Turning Point that forces the character’s hand. The character can no longer avoid confronting their problem, and this pushes them into the crisis.

In our Pride and Prejudice scene, Mrs. Bennet is trying to get Mr. Bennet to visit Mr. Bingley. She keeps giving him reasons to go, and he keeps batting these aside. Eventually, the real complication arises in that social convention requires the family must be formally introduced.

In the first scene of Pride and Prejudice, the Crisis poses the question, will Mr. Bennet do what his wife is asking and visit Mr. Bingley or not be bothered with paternal duty so he can continue enjoying his private time?

The Climax is the answer to the question. It’s when your character takes the action. When they choose, for example, X or “to fight” and act on that decision.

In Pride and Prejudice, Mr. Bennet refuses to visit the new bachelor. Even a choice to do nothing is a choice.

This is what happens as a result of your character’s decision.

As a result of their father’s choice, the Bennet girls will remain without prospects.

Mrs. Bennet felt hopeful that her daughters could meet an eligible bachelor when she learned he has moved into the neighborhood, but she ends in despair because her husband refuses to go meet Mr. Bingley.

I wake up in the morning (Inciting Incident), which means it’s time to make coffee. I get up, gather the filter, measuring spoon, and Aeropress coffee maker. I put the Aeropress together, turn it over and realize I haven’t ground any coffee yet. I hit the button to grind my coffee, but no grinding happens. Just the whirring of the blades. I’m out of coffee. I look for more coffee under the cabinets and in the pantry. I come to the terrifying conclusion there is no coffee (Turning Point Progressive Complication).

Now I must choose. Do I get dressed, go out in the below-freezing weather, start my car, drive to the grocery store, get more beans, and come home so I can have my coffee? Or do I suck it up and not have coffee this morning until I get to the office (Crisis)?

I put on my jacket, hat, and shoes, grab my keys, wallet and phone, and head out into the cold (Climax).

These Five Commandments work on every level of story. They apply to our global story along with every quadrant, sequence, and scene.

If we can’t identify all Five Commandments in every unit of our story, something is wrong.

For instance, we could have four scenes that make up a sequence and each individual scene abides by the Five Commandments, but if the sequence doesn’t go anywhere—if there is no shift—returning to my previous metaphor, it’s merely a longer version of my dog pacing at the top of the stairs.

My dog does make progress when he steps down to the first step. If that was a scene, it would work. There was a value shift. He went from zero stairs to one stair.

But if the next scene reveals him backing up, and the following scene we see him pacing and whining, which is where we started our sequence, then even though the individual scenes work, our sequence doesn’t as a whole.

In order for a story to be a story, something has to happen. When something happens in our story, that means we’ve abided by all Five Commandments. It’s that simple.

Here’s how I use these Five Commandments in practice.

When I’m planning my novel, I want to have a general idea of where I’m going but leave it loose enough that the story can take on a life of its own.

I start by identifying the Five Commandments in my entire story. I figure out what is going to kick off the action, what will force my protagonist into the final, big decision point, and then think out the Crisis, Climax, and Resolution.

Now that I have these global landmarks in place, I look at the next big section of my story I have to tackle. If I’m starting a new story, I look at the Beginning Hook—the first 25 percent of my novel. I think through the Five Commandments of that story unit knowing the Resolution will be my protagonist moving out of the ordinary world and into the extraordinary world.

Once that is done, I think through the Five Commandments of the next three to five scenes I have to write. Where is that sequence going? What is going to happen?

Finally, I’m down to the scene I’m about to write.

After practicing this for a few years now, I don’t have to think through each of the Five Commandments consciously when I begin a scene, though that’s how I started and practiced for a long time. Now it’s more of a rough understanding that my scene is going somewhere. From the beginning of the scene to the end of the scene, a value must have shifted for my character.

The moment this came together for me I really fell in love with Story Grid. This idea that I can zoom out and evaluate my story at a macro level and then zoom in to an individual unit of my story and evaluate it on a micro level with the exact same set of questions astounded me.

The co-host of the Story Grid Podcast and amateur writer. 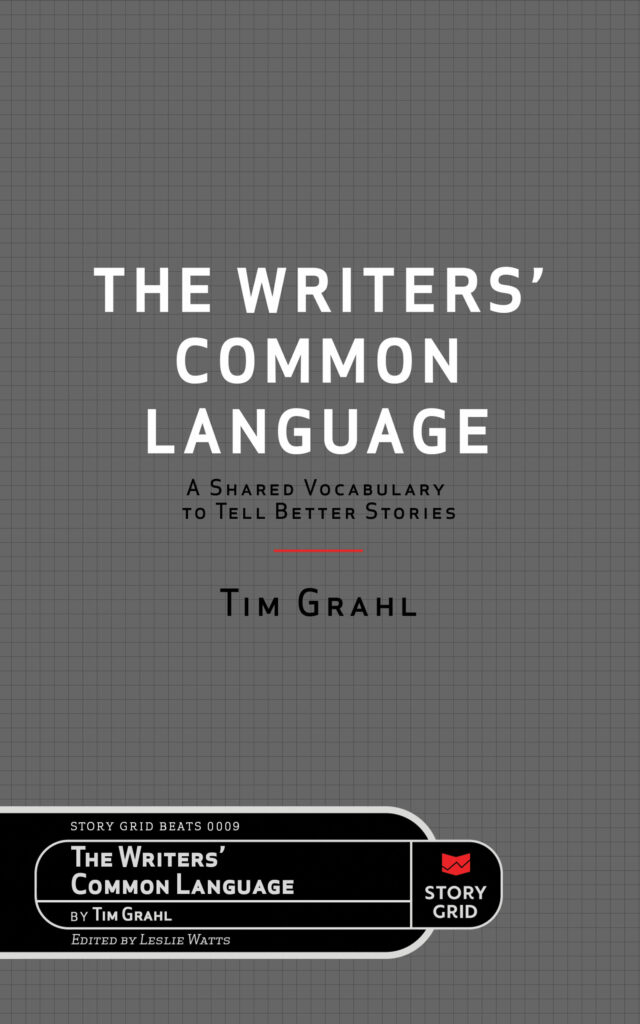 by Tim Grahl
Like many beginning writers, Tim Grahl struggled to learn his craft—and even to find the right words to describe his questions and challenges. After reading a library of how-to books, Tim found what he needed in the unique Story Grid approach. With the help of editor, friend, and Story Grid creator Shawn Coyne, Tim discovered... Read more »
GET YOUR COPY
Paperback: $19.99
Ebook: $9.99
Audiobook: $24.99
Comments
Author Tim Grahl