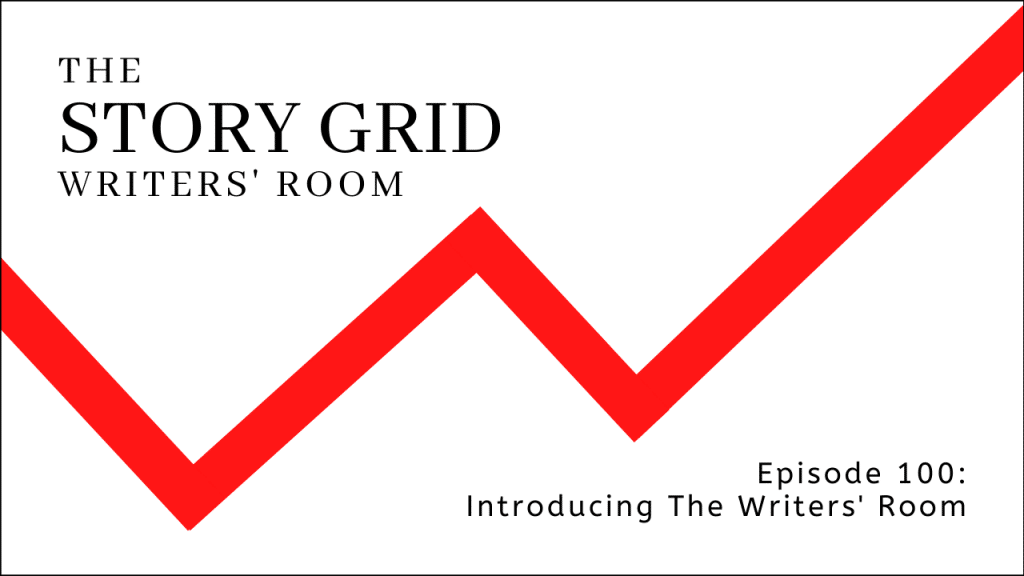 This week we’re launching a brand new podcast! We loved our time with the Roundtable, but now that there are only two of us, it’s time to change things up a bit. In Roundtable episodes, we took a macro view of storytelling using films as our primary examples. Here in the Story Grid Writers’ Room, we’ll primarily look at the written word.

In our first season, we focus on scenes with a few short stories tossed in for good measure. We’ll discuss scene, types, story events, the Five Commandments of Storytelling, and other topics related to writing a scene that works.

For this season, we’ve chosen ten stories that already appear somewhere in the Story Grid Universe, including the Story Grid Guild, courses, and episodes of the Roundtable.

To get the most out of the show, we encourage you to read and study the stories along with us. (I’ll add links for the show notes here as we post episodes.)

Join us next time when we analyze the global inciting incident (lovers meet) scene of Bridget Jones’s Diary by Helen Fielding.

Your Writers’ Room editors are Valerie Francis, specializing in stories by, for and about women, and Leslie Watts who helps fiction and nonfiction writers craft epic stories that matter.

Leslie Watts is a certified Story Grid editor, writer, and podcaster. She’s been writing for as long as she can remember: from her sixth-grade magazine about cats to writing practice while drafting opinions for an appellate court judge. When the dust settled after her children were born, she launched www.Writership.com to help writers unearth the treasure in their manuscripts. She believes writers become better storytellers through practice, and that editors owe a duty of care to help writers with specific and supportive guidance to meet reader expectations and express their unique gifts in the world.
Comments
Author Leslie Watts

Genres have Conventions and Obligatory ScenesStory Beats: Understanding Units of StorySecrets of the Love Genre: How to Write a Great RomanceGenre’s Five Leaf CloverToolbox Episode: How to Write Sales Copy for Your BookRevolution Scene in a Society Story