Hero, Victim, Villain: Katniss, Prim/Peeta/Rue/Foxface, The Games. The villain for this first book is more the games themselves than the society or President Snow in particular. Katniss and Peeta’s immediate goal for this book is to survive the Hunger Games.

Hero’s object of desire: To win the games and go home. Katniss wants to go home more than anything, though she regularly suggests she wont make it until she gets an 11 out of 12 score from the game makers. At this point she starts to think about other tributes like Rue and Peeta thinking if she can’t win she’d want either of them to.

The power divide between the hero and villain is very large: Katniss is a pawn in the games. She has no control of anything throughout the process. She doesn’t even get to choose her own clothing.

Speech in praise of the villain: The Games are praised through out the novel. Effie talks about how nice it is that the tributes get to travel when no one else does and what an honor it is to be chosen. Haymitch also talks about not underestimating the games but more out of making sure Katniss and Peeta keep their heads and act after careful calculation.

The Inciting Attack by the Villain: The reaping. When the annual reaping occurs and Prim is chosen as tribute.

Hero sidesteps responsibility to take action: Before the reaping when Katniss is in the woods with Gale, he suggests they run away together. They could make it. She laughs it off as a preposterous idea. He also constantly talks about the unjust nature of their society which is important later but ignored as just one of Gales quirks in the beginning.

Forced to leave the ordinary world hero lashes out: Katniss takes Prim’s place at the reaping and is literally lead away by the Peacekeepers (police). She’s forced to remain calm because she’s being filmed constantly. She lashes out at Haymitch after his advice to them is to “Not die”. She stabs a knife between his fingers. BUT she waits until Peeta lashes out before joining.

Discovering and understanding the antagonist’s McGuffin: They need a victor. When Peeta is telling her to kill him and she wont, he says “They need their victor” and she remembers it’s a show. They are there for the entertainment of the capitol.

Hero’s initial strategy against the villain fails: Katniss’s initial strategy is to stay away from the other tributes and use her hunting and familiarity with the woods to outlast the others. When the gamemakers set the arena on fire, she’s forced (painfully) into the middle of the Careers.

Realizing they must change their approach to salvage some form of victory: When she sees Glimmer die after the Tracker Jacker attack, she gets the bow and the whole tone of the story changes. She’s on the offensive now.

Hero at the mercy of the villain: When the mutts have Cato in the Cornucopia and Katniss and Peeta are stuck on top. Peeta’s slowly bleeding to death, their freezing, and they can hear Cato being slowly torn apart until the sun comes up enough for Katniss to put him out of his misery. I went over several moments before choosing this one but the fact that Katniss calls this the worst hours of her life struck me.
The entire second book is also the hero at the mercy of the villain. As soon as the 74th hunger games ends, Katniss has to watch her every step because she made the Capitol look bad by not killing or being killed by Peeta. The end of the book, it still very much feels like she’s at the mercy of President Snow and the Capitol.  This is also where the story starts to shift into the society genre.

The hero’s sacrifice is rewarded: Katniss doesn’t have to kill Peeta and gets to go home.

Oppressive governments controlling the individual and using children as a way to do it.

Prim is chosen as Tribute, Katniss volunteers to take her sisters place in the 74th annual Hunger Games, and goes to the Capitol with Peeta Mallark where they train for the games.

The games begin in a wooded arena, Katniss focuses on survival and hiding until she’s forced into the center of the arena and teams up with Peeta, saving his life, and winning the games.

Katniss still has a show to put on, she’s made a fool of the games and the capitol and they’re looking for any reason to take her out as she travels home. 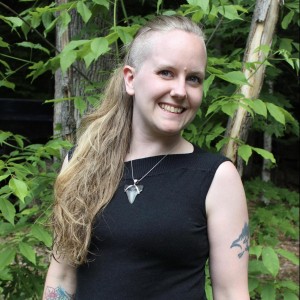 Marissa Frosch is a Certified Story Grid Editor, a Certified Book Launch Coach (trained by Tim Grahl) and an award-winning author. Marissa worked in publishing for three years before discovering Story Grid and Book Launch. She founded Raven’s Quill Publishing shortly after completing her training.
Marissa is an author first, she understands the struggles that come with a creative business model and is here to help you from your first idea to the launch of the book and beyond.
As a Book Coach, it’s Marissa’s mission to help authors get back to writing.
Her specialties include love stories, crime, and mystery. She enjoys stories that use humor to discuss serious topics and anything paranormal or supernatural.

by Shawn Coyne
What are the first principles in writing a story that works? At Story Grid, it’s easy to get distracted by the tools, spreadsheets, commandments, macro lense, micro lense, and on and on. However, all of this eventually comes back to five first principles. In Story Grid 101, Story Grid founder Shawn Coyne distills 30 years... Read more »
GET YOUR COPY
Paperback: $19.99
Ebook: $0
Audiobook: $14.99
Comments
Author Marissa Frosch