A MacGuffin: Mark Gaskell and Josephine Turner are secretly married and want their half of the £50,000.00 inheritance that Conway Jefferson was going to leave for both Mark (his son-in-law) and Adelaide (daughter-in-law) until he decided to adopt Ruby Keane, who is now the only heiress to his fortune.

Josie is secretly married to Mark, so that Mark can still receive all the (son-in-law) benefits of Conway’s generosity and look like the still-grieving husband of Conway’s late daughter and ultimately inherit half of his fortune when he dies, which could be any minute.

Mark Gaskell, acting as Basil Blake, entices schoolgirl Pamela Reeves to come for a “screen test” at the Majestic Hotel, telling her that he works for Lemville studios (where Basil works).

When Basil Blake gets home he is drunk and he finds a body on a rug in front of the fireplace. He takes the body and puts it in Bantry’s library as a joke because he doesn’t like him.

Later Josie identifies Pamela’s body as her cousin Ruby’s. She also says, “What swine men are,” implying that a boyfriend did it.

The police assume that the charred body in Bartlett’s car is missing Girl Guide Pamela, as they find part of a schoolgirl shoe and a Girl Guide button.

Making it Personal: Josie and Mark need the investigators to get “their man,” whom they have set up to be Basil Blake. If the cops think he did the murder, the focus will be taken off them and they will still stand to inherit the money without suspicion.

Clock: Miss Marple needs to solve the case quickly so that Mr. Bantry’s reputation is saved before gossip destroys it. When the “Girl Guide’s” murder is revealed, Miss Marple predicts a third and the pressure is on to catch the murderer before that can happen. Also, Miss Marple has Conway publicly announce that he’s changing his will “tomorrow,” and that he will give all his money away to a cause that would have supported a dancer like Ruby. This will force the killer/s to try to kill him tonight, so that his fortune will stay with the next of kin (Mark/Adelaide/Josie by marriage).

An Inciting Crime: A body is found in Mr. Bantry’s library. She is blonde, has tawdry taste, and has been strangled.

Speech in Praise of the Villain: Colonel Melchett thinks Josie is good-looking, “competent and good-tempered” and that she is pleasant, friendly, and shrewd. Mr. Prescott, manager of The Majestic Hotel in Danemouth, says he has a high regard for Josephine Turner (Josie) and “depends upon her ability to calm the bridge players.

Discovering and understanding the Antagonist’s MacGuffin: Miss Marple goes to Somerset House to look for a record of marriage for Mark and/or Adelaide. There she finds that Mark is secretly married to Josie. There is only one reason to keep that a secret: the money, since she knows that Conway would disown him should he remarry. Josie’s anger towards her dead cousin Ruby is now making sense, as Ruby would have inherited the money she and Mark were expecting by ingratiating herself enough to have Conway planning to adopt her.

Progressively Complicated Following of the Clues:

The protagonist is actively trying to solve a crime or a puzzle:

Exposure of the Criminal:

Brought to or Escapes Justice: Both Mark and Josie are charged with murder and will be hung for what they did.

External/Conscious: She wants to find the killer/s and bring them to justice and save the reputation of her friends Mr. and Mrs. Bantry.

Internal/Subconscious: To restore safety to St. Mary Mead and Danemouth.

Justice prevails when we stick to the facts and don’t trust what anyone says during times of great suspicion.

Beginning Hook – Upon hearing that a dead body has been found in Arthur Bantry’s library, Miss Marple rushes to her friend Dolly Bantry’s side in order to be of support, but when she meets the dead girl’s cousin, Josie Turner – who identifies the girl as Ruby Keane from The Majestic Hotel – Marple becomes suspicious, as Josie shows anger towards Ruby but no grief at her death. So, when Mrs. Bantry asks Marple to spend the weekend with her at The Majestic the prim little spinster chooses not to disappoint and the old friends set off to do some restful sleuthing to discover the truth and this decision is further validated when Sir Henry Clithering calls Miss Marple into consultation.

Middle Build – When she hears news of a blazing car that contains a charred body inside, Miss Marple assumes it to be that Girl Guide Pamela Reeves who went missing around the same time as Ruby, but from using her sharp understanding of girls and her gift of making village parallels she realizes that she is wrong, as the timeline of death is off with respect to the most obvious suspects, so in sorting out the puzzle of details about nails and dresses and makeup, she determines that the two girls were switched and made to look like one another, which in turn created a fake alibi for the killer, and now Miss Marple knows who that is, but she still has to prove it.

Ending Payoff – Upon learning that Pamela was going to a screen test for Lemville Studios when she went missing, the case refocuses on Basil and, knowing he is innocent, Miss Marple rushes to prepare Dinah Lee, who admits that she was secretly married to the intrepid set decorator through Somerset House, at which point he walks through the door and is arrested, so Miss Marple visits Somerset House and finds that Mark is also secretly married – to Josie! This gives Marple all that she needs to persuade Conway to pretend his will is changing tomorrow and that it will exclude all family members from his fortune, giving the murderer one last chance to kill and collect; Josie is arrested while trying to inject Conway with digitalis while he sleeps and both Mark and Josie are charged with murder and expected to hang for their crimes. 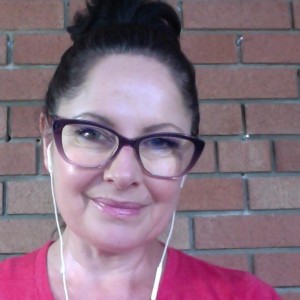 Tanya has always worked in the entertainment industry. Her first career as an actress led her to writing screenplays, after which she moved into the world of television writing and eventually novels. She loves The Story Grid Methodology and is excited to share it with others in order to help them improve their work. Her main focus as an editor is to save writers the ten-twenty years that it took her to find solutions to story problems. She looks forward to helping other writers improve their work quickly, taking their scripts or novels from good to great! Tanya loves bold, provocative work that pushes boundaries in any genre. She especially loves strong, imperfect protagonists and fascinating villains. Her absolute favourite genre is the Thriller. Tanya's website is currently under construction, but if you would like to contact her, she can be reached at [email protected]

by Shawn Coyne
What are the first principles in writing a story that works? At Story Grid, it’s easy to get distracted by the tools, spreadsheets, commandments, macro lense, micro lense, and on and on. However, all of this eventually comes back to five first principles. In Story Grid 101, Story Grid founder Shawn Coyne distills 30 years... Read more »
GET YOUR COPY
Paperback: $19.99
Ebook: $0
Audiobook: $14.99
Comments
Author Tanya Lovetti