Why do we want to be scared?

Every year I find myself at a haunted house type event.  I wait in line, sometimes for several hours, to walk voluntarily into an environment where scary looking people, dressed up to make me think I’m living a nightmare, scream, bang things at me and get as close as possible to deafen me with chainless chainsaws.  Usually I’m pushing someone in front of me (I try to make it someone I know) and I spend half the time finding the hiding “monsters” so I’ll feel a little less scared when they jump out at me.  Just as I’m about to step through the threshold of the haunted house or scare zone, I ask myself why on Earth I thought it’d be fun to do this again.  But then I go to the next one, year after year.

For the same reason I love getting frightened by people pretending to be monsters, I love reading horror stories.  Why do I like putting myself through an uncomfortable experience? Shawn Coyne describes the appeal of horror stories as an “allegory for the horrific world we presently or could soon inhabit.  It serves as a prescriptive or cautionary tale about how best to metabolize our darkest fears and survive.”  We love horror stories because they help us experience terror, but in a safe environment.  It’s not only entertaining, the science behind it finds that experiencing fear in a safe environment helps us better cope with fear responses in stressful environments that we encounter in the real world.  See here for an article from Psychology Today that explains the appeal and benefits of scaring the daylights out of yourself.

Most of us don’t encounter actual monsters like ghosts, the undead or murderous aliens from outer space.  But we do fear certain human experiences that manifest themselves as monsters in our minds.  We fear failure, loss of a loved one, and isolation, for example.

How do you create the sensation of fear in your readers?

Now that we know what a horror story needs to make it horrifying, let’s get to the fun part and look at how three of the scariest novels ever written have been frightening people for decades.

SPOILER ALERT: I’ve identified the novels discussed in the headings below.  If you have one of these on your reading list, you may not want to read that section.

If you are in the mood for evil spirits and haunted houses: The Haunting of Hill House, by Shirley Jackson

Houses with their own wants and desires are scary because they usually want to terrorize us.  In The Haunting of Hill House, the house wants to kill, but not before making its victims realize their worst fears.

In the novel, Eleanor Vance thinks she’s received the opportunity of a lifetime when she gets an invitation to spend three months in a haunted house, along with two other guests Luke and Theodora, as part of a research project conducted by Dr. John Montague.  Montague is hoping the team will experience evidence of the supernatural, which he plans to use as the basis for his upcoming book.  Prior to Hill House, Eleanor lived a sheltered life. Once there, she’s overjoyed that she has a group to belong to for the first time.  Her desire to belong overshadows her initial fear of the house which she describes as “diseased.” It doesn’t take long for the haunting to begin.  Eleanor and Thedora experience banging on their bedroom walls and see the door rattling, as something tries to come in after them, but neither Montague nor Luke notice it.  The odd events continue and the next day, the house singles out Eleanor.  In the hallway, they find the words “HELP ELEANORE COME HOME.”  Later, they find the same words written in blood over Thedora’s bed.  Eleanor feels shaken but the others aren’t convinced she’s not responsible.  They accuse her of seeking attention.  As the house continues to harass Eleanor, the others get increasingly frustrated with her, and she feels ostracized.  She wants so badly to be liked, but she can’t help causing a commotion.  On the last night before she leaves, she’s lured to the library by what she thinks is her mother taunting her.  The library sits at the top of a tower and steep dilapidated steps provide the only access.  Eleanor refused to go up with the others when they explored the house, but now she’s there and she can’t get down.

If you are in the mood for Characters who Return from the Dead: Pet Sematary, by Stephen King

Novels about reanimation of the deceased come in many shapes and sizes.  I love a good old zombie story, but one of my favorite “return from the dead” type stories is Pet Sematary.

In Pet Sematary,  Doctor LouisCreed moves his family, including his wife Rachel, his two young children, Ellie and Gage, and Ellie’s cat Church, to a remote location near the University of Maine, where he’s accepted a job.  He befriends his neighbor, Jud, who warns him of the speeding trucks that litter the highway running in front of their home.  Louis’ family encounters immediate and continual trouble from the time they move, including the deaths of Church and then Gage, both killed on the highway by the speeding trucks.  When Church dies first, Jud tries to spare Ellie heartache by showing Louis how to bring the cat back to life.  But the resurrected Church is nothing like the cat he was before his death.  Despite the change, when Gage dies later, a heartbroken Louis exhumes Gage’s body and buries him in the same place he buried Church.  Gage also comes back and is nothing like his former self.  He murders Jud and his mom and plans to murder Louis.

If you are in the mood to fight against an Alien Invasion:  Invasion of the Body Snatchers, by Jack Finney

Otherworldly beings overtaking Earth, or killing off humans with a power we can only imagine is terrifying because it feeds off of the unknown. We can’t even imagine all the ways Aliens can kill us.  One of the most terrifying of these encounters happens in Invasion of the Body S,natchers.

In Invasion of the Body Snatchers (I’m discussing the novel here, but there are also film adaptations) another doctor, Miles Bennell, is saved from a monotonous evening by a former high school fling, Becky, concerned about her aunt. Becky’s aunt believes that her husband is not really her husband.  Something is off about him, even though he looks the same and appears to have the same memories.  When Miles has a conversation with Becky’s uncle, who he’s known for years, he can’t find any difference and kindly suggests that the aunt talk to a psychiatrist friend of his.  Oddly, he encounters a few more cases over the days that follow, similar to Becky’s aunt, and refers them out to the same psychologist, Mannie. One evening Miles and Becky are interrupted from their movie date by Jack, an old acquaintance. Jack and his wife found something in their basement they need him to see, and because he’s a doctor, they think he’s more likely to see the complexity of the situation and won’t rush to the authorities.  In Jack’s house they find a creature growing inside something similar to a seed pod.  The creature is almost human, but one that hasn’t fully formed.  As they investigate over the next few days, finding similar pods, they discover that the pods carry aliens that have drifted through space and landed on Earth.  The alien seeds grow in the pods and when placed near a sleeping human, begin to grow a replica of that human inside, killing off the actual human in the process.  Miles and Becky are eventually trapped by the aliens in Miles’s office, with two pods placed just outside his door.  They sit, unable to think of an escape plan, and wonder how long they can fight off sleep and the certain death it will bring upon them.

Scary stories are fun to read in their own right.  But if you want to take it to the next level and use these masterworks to create your own horrific tale, here are some tips.

Tips to help you terrify:

I hope you find (or create) a novel that gets your heart pounding this scary season! 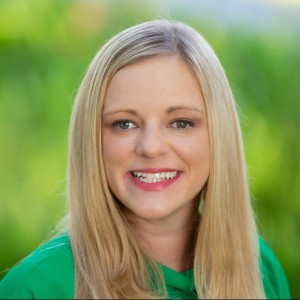 Renee Decker is a developmental editor, who got her start in storytelling thrilling her family with renditions of “The Three Little Pigs” and “The Three Billy Goats Gruff,” and has not stopped loving stories since.  Her goal is to help every writer transfer the story in their head to the one they want to tell on paper.  In college, as a teaching assistant in The Writing Center at Transylvania University and then later in law school, Renee realized how much she loves teaching others to develop their own skills.  She found The Story Grid in 2015 and recognized what a great set of tools it provides writers to make their stories the best version of themselves.  Now she helps writers of all levels master those techniques to write their best story yet.