Today’s post zooms out thirty thousand feet to get fundamentally fundamental with this question:

Where do stories come from?

Apologies in advance for the academically dense approach, but we have seen before the value that scholars like Norman Friedman, Carl Jung and Joseph Campbell bring to our understanding of story and the contributions they have made to Story Grid methodology.  To this triumvirate I would like to add literary theorist Kenneth Burke. Introduction forthcoming.

A good starting point for this question of where our stories come from is to ask why do we read?  Certainly, to feel connected to humanity, to learn, to entertain ourselves, to deal with emotions.  All of these motivations are part of the human condition. We read to gain something of value and hopefully improve our station in life.

We write to give back. To share our thoughts, feelings, emotions about life experiences that are meaningful to us and perhaps to suggest “do this” or “don’t do that.”  How many times have we heard a variation of the phrase, “everyone has a story that’s dying to get out?” Sounds cheesy, but in fact, is a realistic claim.

As writers, we have a point to make, however subtle that is to our own sensibilities. When I am first getting acquainted with a client as a Certified Story Grid Editor and inquire about the motivation behind their story, there is often a hesitancy, along the lines of ‘oh, it’s just something I’ve always wondered about or thought about’—something vague and non-committal. As our discussions progress, it’s not unusual that an incident or occurrence in their personal life emerges that directly relates not only to the events in the story but also the client’s particular attitude about those events. It does not appear to be a conscious activity—at least at first. If it is true that the stories we tell are seeded somewhere in our subconscious, how and why do they emerge?  How can we excavate our deepest emotional and psychological crevices to unearth that which has story potential?

Philosopher Kenneth Burke (1887 – 1993) was an American literary theorist as well as poet, essayist, and novelist (and also grandfather of the late singer-songwriter Harry Chapin) who considered humans as “symbol using” beings and the literature that they produce as “symbolic action.” Burke is perhaps best known for his Burkean Parlor metaphor of “the unending conversation” as a source for where story ideas come from. The metaphor goes like this:

“Imagine that you enter a parlor. You come late. When you arrive, others have long preceded you, and they are engaged in a heated discussion, a discussion too heated for them to pause and tell you exactly what it is about.  In fact, the discussion had already begun long before any of them got there so that no one present is qualified to retrace for you all the steps that had gone before. You listen for a while until you decide that you have caught the tenor of the argument; then you put in your oar. Someone answers; you answer him; another comes to your defense; another aligns himself against you, to either the embarrassment or gratification of your opponent, depending upon the quality of your ally’s assistance. However, the discussion is interminable. The hour grows late, you must depart. And you do depart, with the discussion still vigorously in progress.”

In 2020 our parlors are global online communities, news media commenting sections, Instagram, Twitter and of course, Zoom, all of which seem more fitting for the 24/7 in-and-out nature of Burke’s conception than the physical, residential form he knew well in 1938. Unfortunately, with identity politics as they are, some of the parlors are not as welcoming to diverse oars as they should be, and some clearly are lacking gracious hosts.

Burke’s main point here is that story ideas come from the back-and-forth conversation—the dialectic—on topics among people with varying attitudes and opinions, presumably generated from the depths of our unconscious lives. And from this view, Burke holds that the kinds of situations people debate are not novel; while the particulars may vary, they typically represent recurring situations in the human experience, and as such, we need to name them because they have great bearing on our welfare.

For those who have followed the Story Grid podcast, this concept should not be new. Remember the video of Kurt Vonnegut explaining his “man in the hole” theory?  Recall the Hedonometer algorithm devised by researchers from the University of Adelaide in Australia and University of Vermont in Burlington to analyze 1700 English language novels that identified six main story types? Here they are, if you need a refresher:

In his 1938 essay, “Literature as Equipment for Living,” Burke begins by examining how proverbs both name situations and include some sense of caution or prescription. Proverbs are used for consolation (“the sun does not shine on both sides of the hedge at once,”) for vengeance (“he shuns the man who knows him well”) or foretelling (“Sow peas and beans in the wane of the moon, Who Soweth them sooner, soweth too soon.”). Literature accomplishes the same thing, although on a grander scale. Burke suggests that a technical analysis of stories reveals that they offer strategies, or ways of dealing with these recurring situations, which he also considers attitudes, and acknowledges that they are timeless, not bound by civilizations: “The situations and strategies framed in Aesop’s fables, for instance, apply to human relations now just as fully as they did in Ancient Greece (Burke, 596).”

Burke considers the act of codifying certain works into common situations as “sociological criticism,” and closely mirrors how the first critical step in reading, writing or editing is selection of genre. In fact, Burke calls strategies “the genus,” and the range or scale or spectrum as the “differentia.” That which makes it unique.

In the challenging times we are now living in, there is interesting evidence to support Burke’s assertion that we turn to stories – our equipment for living – to help navigate uncertainty.  Consider the New York Times Decameron Project that ran in July 2020.  Twenty-nine well-known authors were commissioned to write short stories “inspired by the moment,” modeled after Giovanni Boccaccio’s The Decameron, a work composed in the 14th century as the plague ran rampant through Florence, Italy. Boccaccio tells the tale of ten young people who fled the city and pass the days telling each other stories that start out as light entertainment but progress over time to soothe the deadly consequences of that pandemic. While I haven’t yet made my way through all of the new short stories in the Decameron Project, the endeavor itself has been a welcome relief from the sturm and drang of 2020.

Following the death of George Floyd, people turned in droves to fiction and non-fiction literature as equipment to learn, to take action, to empower and to be empowered, to pay homage, and to atone. On July 2, 2020 the Washington Post reported that none of the books on the June 7, 2020 New York Times Best Seller list  (based on sales data from two weeks prior) were about race or social justice.  By the third week in June, two thirds of the list were.  Interestingly, this pattern did not occur after the killings of Trayvon Martin, Eric Garner, Michael Brown and Tamir Rice.

So why is it important that we understand where stories come from?  How can we apply Burke? As writers, we want to write. Some need to write. About something. We all need material. Sometimes the ideas come fast and furious, and sometimes its, well, crickets. Burke gives us a place to start. He understood that stories and literature are important because they help us deal with situations that we encounter in our lives. What makes each of them singular and unique, however, is the differentia –  the particular strategy and attitude each author employs to deal with that re-occurring situation. What arguments on Twitter bother our conscious? What reader exchanges in the New York Times comment section strike a chord and why?  Immersing ourselves in the dialectic can help writers identify and delineate strategies and attitudes to frame novel story events and contribute to our choices of genre, climax decisions and resolutions that speak to our intentions, and will help us to better articulate controlling ideas.

From this vantage point, it’s easy to see how these strategies and attitudes can manifest in genre choice and the particular message we wish to send to readers.  For example, in my own case, I have chosen a psychological thriller to express my disgust with the frequency of wrongful convictions. The same attitude may also work in a society tale (If Beal Street Could Talk), a performance story (Shawshank Redemption) or Love Story (An American Marriage). Recalling Burke’s references to proverbs, he notes they can be contrary— “Repentance comes too late,” and “Never too late to mend,”—one admonishes while the other consoles. So must a storyteller decide what particular tactic to employ. Decisions on inciting incidents, progressive complications, turning points, crises, characters and dialogue may flow more easily once these fundamental decisions are made.

So if you find yourself stuck for a story idea or somewhere midstream in a manuscript, follow Burke’s advice and join a conversation (there are plenty that are unending), plumb the depths of your psyche and ask yourself what recurring situation is at hand. Decide what your strategy/attitude is and what decisions you can make that will result in a symbol that is uniquely you, but still recognizable to your fellow humans. 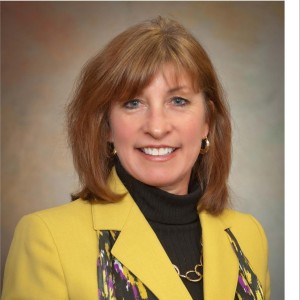 Sheila Lischwe is a Certified Story Grid Editor. She has spent her entire career (except for one early stint at an indie bookstore) in higher education. She is a firm believer in “where there’s a will there’s a way,”  and hopes to assist aspiring authors to transform their ideas and drafts into finished works available for all the world to enjoy.  For a free 30-minute consultation, contact her at [email protected]