Triangle: When Martin finds Simon’s emails to “Blue,” mysterious guy, he blackmails him to get to Abby. Martin-Simon-Blue and Martin-Simon-Abby. Leah loves Nick but Nick loves Abby. Leah is jealous of Simon’s friendship with the rival, Abby. Simon has a crush on Cal, and Blue gets jealous and drops communication, convinced Simon couldn’t like him.

Secrets: Blue and Simon’s whole relationship is a secret. Simon is an Elliot Smith fan and Blue gets him and Elliot Smith shirt.

Social Conventions/obstacles: Coming out is a huge deal, requiring an announcement and the right timing and the threat of backlash and physical violence, while no one has to come out as straight. Can’t hold hands in Georgia.

Proof of Love: Simon emails Blue with a declaration of love—”I know you. I don’t know your name, but I know who you are. I’m glad we got to know each other from the inside out. Meet me at the carnival.” Blue’s proof of love—Blue left a love note with his number on it for Simon in the Elliot Smith shirt he left in his locker. Simon doesn’t find the note till 2 weeks later. Then he shows up at the carnival, revealing his identity and taking the ferris wheel ride, though it makes him sick.

POV: 1st person POV. Simon is a gay high school sophomore who has not yet come out.

Narrative Device: Epistolary. Simon and Blue exchange emails as their love blossoms. Martin emails Simon to apologize for the blackmail and the hate message on the Tumblr.

Simon wants love and belonging. A relationship with Blue; belonging in his family and society.

He needs to be honest about who he is.

He needs to acknowledge his own prejudice and default for love stories is hindering him from a fulfilling relationship. When he is trying to hide who he is, he doesn’t care to know his friends on more than a shallow level.

Love and friendship prevail when Simon acknowledges who his is, as well as his own prejudice to a “default” in a mate and his lack of depth in his friends’ lives.

Beginning Hook: When Martin blackmails Simon with a screenshot of his secret emails with a boy, Simon must help him try to land Abby or Martin will out both him and the mysterious Blue.

Middle Build: When Abby rejects Martin, Martin outs Simon on the school-wide Tumblr page, forcing Simon to come out to his family and friends and leading to him being bullied at school.

Ending Payoff: Simon discovers Blue is “cute Bram” and acknowledges his own default—to another white guy—was keeping him from finding love right in front of him the whole time. 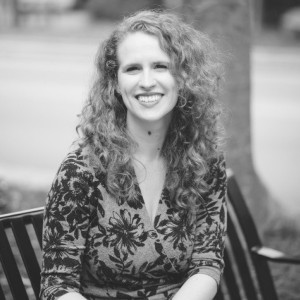 Sophie Thomas strives to be a Story Authority for authors, editors, and readers. As a certified Story Grid developmental editor, Sophie's dream job is a junction of two passions: mentorship and great stories. She reads murder mysteries and raises babies in South Carolina.

by Shawn Coyne
What are the first principles in writing a story that works? At Story Grid, it’s easy to get distracted by the tools, spreadsheets, commandments, macro lense, micro lense, and on and on. However, all of this eventually comes back to five first principles. In Story Grid 101, Story Grid founder Shawn Coyne distills 30 years... Read more »
GET YOUR COPY
Paperback: $19.99
Ebook: $0
Audiobook: $14.99
Comments
Author Sophie Thomas