Download the Literal and Essential Wants and Needs Cheat Sheet

I have a story I’ve been noodling on for quite a few years. I’ve toyed with whether it should be a novel or a screenplay—probably both. Hopefully both.

Here’s the premise: five friends in their 30s smoke recently legalized marijuana at their monthly book club meeting, hoping to find direction for the next chapter of their lives.

The title is Marijuana Mamas.

But something is wrong with it: I have a clear understanding of what my protagonist wants, but I have no idea what she needs.

At least I didn’t until recently when two silly words cracked my story wide open.

When I was creating the materials for the Story Grid Spreadsheet course, I decided to commandeer the terms Literal and Essential for my teaching device. As in, “Literally what you want to write in this column is …” and “Essentially what that means for your story is …” It seemed like an amusing and pretty effective way to explain things, and also acted as a nice set up for when later in the course when I analyzed three scenes using our go-to four questions:

Shawn brought in the concept of Essential Action from The Practical Handbook for the Actor by Melissa Bruder, et al. Then Anne Hawley and Leslie Watt’s unpacked them for us in their epic blog post Essential Action: The Key to Compelling Characterization.

So what do these terms have to do with unlocking your story?

The concept of literal and essential action applies not only to scenes, but to every unit of story. And it leads directly to and from the engine of any story: the character’s wants and needs.

Once you have your engine, you can chart your hook, build, and payoff with confidence and conviction. Simple enough for analyzing a masterwork—not so simple when making decisions as you draft. So let’s dig a little deeper to see what else these terms can unlock for us.

What Story Am I Telling?

The actions of a story, more or less, are the story. It’s how the characters move from one state to another and why the reader stays awake and turning pages to watch it happen.

The literal action is what the characters are physically doing. If they were characters in a play, this would be what we observe from the audience, like their movements and dialogue. Let’s say making dinner and talking to their partner after a long day.

The literal action is obvious, the essential action is less so, but both are conscious actions the character is taking. They know what they are doing and why, even if the audience doesn’t.

When I went back to look at my own Work-In-Perpetual-Progress, I was frustrated that I knew so much about the story but it still wasn’t working. I decided to draw upon my recent literal and essential experience and asked myself the four scene analysis questions, but for the global story.

What are my characters literally doing?

But essentially, though, what are they doing?

Get to the bottom of what’s holding them back in their life, so they can solve it.

The more I turned these analysis questions toward my manuscript, the deeper the rabbit hole seemed to go.

When we look at the literal and essential actions, we’re looking for a connection between what the characters are doing and why.

This made me realize that the global essential action of my characters is what they want. It’s their conscious object of desire. And the global literal action is the means they’ve chosen to try to get it.

That was helpful to get to a second layer of action, beyond just the book club or the conversations. But characters rarely know what’s good for them at the beginning of a story. So that’s where the next question comes in: what do they need?

When it came to Marijuana Mamas, the answer was clear to me for four out of my five characters. Each of the four friends has a secret they’re withholding from the group, something they’ve been struggling with in private that they are too afraid to share aloud. So what they need is to open up and tell the truth. Only then can they be supported and make a wise choice about what literal action they needed to take in their life going forward.

But there was still one of the five—the damn protagonist, of all of them!—who wasn’t cooperating.

I took a step back, once again, and asked myself a lot of questions: about her character, the heart of the story I wanted to tell, the way I wanted my audience to feel in the end, and what I knew about how stories help us make sense of the world.

A character’s needs are their unconscious objects of desire, the thing they need but aren’t aware of. Because they don’t know what they need, they have no choice but to keep chasing what they want and being unsatisfied.

Now the progression is getting somewhere:

In real life, that looks like our experiences triggering feelings, then thoughts, which solidify into beliefs, which dictate our actions, which become our experiences. And so the cycle continues to reinforce itself again and again.

Until that shift happens, we will do everything we can to continue to prove ourselves right… until we can’t. It’s just how people (and therefore characters) are wired.

Basically, every character (like every person) is suffering unnecessarily. Buddha taught that there are three reasons for this:

The catch is, we don’t have to suffer. Once we know differently, we can choose differently. But until we know, we have no reason to change.

So what we need is truth.

“I can’t handle the truth!”

But it will happen.

The revelation of this truth is the character’s essential need. After that revelation, they’ll have what they need to combat their suffering and they have to face down a choice: how to respond.

To change or not change? Their decision and new action is their literal need—the thing they need to do and only now find possible because they can see the truth of their suffering and a possible solution.

At the beginning of the story, a character shows up on page one with a specific view of the world—they have a story they believe about themselves and the world around them that determines what they literally and essentially want, as well as the literal decisions and actions they’re taking.

The character’s beliefs don’t exist in a vacuum. They come from experiences the character had in their past.

This is the first poke at their external/internal want—their conscious literal and essential action. It requires that they apply their existing belief system to the specific situation, whatever it may be.

Their instinct will be to double down on their existing belief system. But then the Beginning Hook Turning Point Progressive Complication prompts them to consider new possibilities, whether they like it or not.

They face a crisis decision and ultimately choose to act in a way that crystalizes their original essential action, which is tied to their internal want—the same belief/motive they had in the status quo, applied with specificity in this new situation.

This reinvigorated motivation is what prompts the character’s action in the Middle Build. They literally will take actions and face moments that shift the LV up and down, all in pursuit of their external and internal wants.

As forces of antagonism continue to challenge them, the protagonist will try to adapt and will even shift in large ways (such as at the midpoint), but they cannot truly change until they experience the revelation they need.

This is the revelation of the fundamental truth they’ve been missing—their unconscious need. And only when they recognize it, can they face down the global crisis of the story and make their global climactic decision and action, and receive their reward in the global resolution.

As I explored my own story’s protagonist, I came to recognize this outside/in, to inside/out approach as a way to understand my character and her story better than I ever had before.

All four of the other characters had a secret that they were aware of but avoiding. It turns out my protagonist was suffering because of ignorance. She didn’t know that the real reason she had been distancing herself from her husband and her marriage ended wasn’t because she didn’t want to have children, but because she was in love with her best friend, one of the other women in the book club. This is the truth she was missing—her unconscious need.

Once this became clear, the rest of the story spine fell into place. In the ending payoff, after all her friends have shared their truths, she will finally realize hers. And she’ll say it out loud for all to hear.

Try It Out For Yourself

If we’re analyzing an existing story, we can most easily observe their external/literal action first, and from there we can surmise their internal/essential action. As we identify the core moments of the story, we can check in with the way these actions shift or stay the same. And watch those unconscious needs start to become clearer—how are they renegotiating with themselves to maintain their current belief system?

If we’re drafting, we can use the same tools to reverse engineer key decisions for the story. Do you really know your character yet? Can you envision their struggle with their truth?

In the end, for me and my story, this exercise confirmed all the story structure models that we regularly call upon: Story Grid genre obligatory moments, the Hero’s Journey, the Virgin’s Promise, Shawn’s 8 weigh stations, Kubler Ross, etc.

Knowing this—and seeing as though for the first time the way the events of a story have direct cause and effect relationships to the character’s external/internal wants and needs—I was able to crack my story spine in a way that felt true and satisfying.

I wasn’t shoehorning anything anymore. I had found my surprising yet inevitable end.

And I can literally say that I’ve never been more excited to write.

How about you? Does this ring true? Try asking these questions of your own manuscript. Test them out on masterworks. Check in with your own personal journey. I’ve attached a downloadable worksheet that you can use as you explore with me. I’d love to hear how it goes!

Here’s the worksheet and prompts I’ve been developing and using with clients. Give it a try and don’t be afraid to make it your own! ~ Kim

Apply the Wants and Needs Across the Story Spine

Character on Page One

The Character comes to the page with a Global Literal and Essential Action, which stems from their current beliefs and past experiences, creating a chain of cause and effect.

4. [Character] is literally [action] (because)

3. [Character] is essentially [motive] (because)

1. [Character] experienced [specific thing in key moment] … and that’s why they do #4

In the Beginning Hook

But when [literal action of inciting incident], [character] wants[essential motivation].

So when, [literal turning point], they [literal climax] so they can [crystallization of page one essential motivation].

In the Middle Build

They literally [take these actions] and face [these challenges] which shift the global LV up and down.

Until they experience an All is Lost moment.

In the Ending Payoff

They are able to decide/act with [specific action].

When they do, they are rewarded with [resolution/genre LV]

Download the Literal and Essential Wants and Needs Cheat Sheet 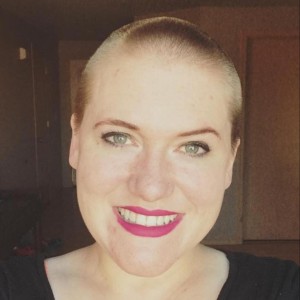