My name is Anne Hawley, and today I’m presenting a prescriptive tale of learning how to write after spending five decades calling myself a writer.

Xina and I have a long history of proposing half-hour writing sprints to each other. We set our 30-minute timers at the appointed hour, then, when the timer goes off, we report our word count. It’s a fairly common practice. No big deal.

The thing is, for a couple of years now, writing sprints have been useless to me. I’d spend the appointed half-hour fiddling with a sentence, doing a little research, and feeling like a fraud.

Xina, a real professional, always has at least a couple of fiction projects going, as well as some freelance nonfiction work, and she never comes back at the end of her half hour with fraudulent nothings.

We would try another sprint a couple of days later. Or a couple of weeks. In between, I was so grateful not to have to think about my writing! I could focus on other people’s writing. I could work on the podcast. I could fiddle with my website or promote my editing business. And that way, I could tell myself that I was still legit. Still a pro.

Then there was an idea for a novel that I couldn’t make work. Analysis paralysis set in after I got deep into the Story Grid methodology. I didn’t have any other story ideas and couldn’t seem to generate any.

And finally, I had that one excuse that almost nobody else in the world has: I had been told by Shawn Coyne to write a specific story, with a deadline and even a publication date, and I could not break out of resistance.

If you’d like to know more about that story, tune in to the Masterwork Experiment episodes of the main Story Grid podcast, which we broadcast last summer.

9: Live in the Process, Not for the Result

10: Lifting Off for Planet Performance

In a nutshell, I agreed to try a writing experiment with Shawn, where I would analyze Annie Proulx’s short-story masterpiece “Brokeback Mountain” at the beat level, then use that beat structure as a sort of outline for a story of my own, set in the universe of my first novel, Restraint–that is, England during the Napoleonic War period.

My story has the working title of “Danebury Hill.”

Xina proposed a sprint, and I said yes, and there it was: I had this deadline. I had a commitment to finish Danebury Hill. I had already decided that the only way I was going to be able to write anything was to break the rules that Shawn had laid down. I had told myself, my editing group, and several other writing friends that I was going to write the damn thing my way, whether it ended up meeting the requirements of the Masterwork Experiment or not.

In short, I was out of excuses.

So that morning I pulled up my working document, heaved a sigh, and scrolled around till I found one of the “Brokeback Mountain” beats that I hadn’t written a scene for yet. And I started writing it.

I had to write for half an hour, and I had nothing to say, so I started just making stuff up. TKs everywhere. No research.

Those 30 minutes crawled by, words coming out my fingertips kicking and screaming, and when the timer went off I was practically sweating. Everything I wrote was nonsense.

My note to Xina at the end of that first sprint said: “350 words! I told myself, ‘Just keep going, trust the process, tell the Shawn Coyne in your head to shut up.’”

On Day 2, we sprinted again. Emboldened just a little by my 350 words of crap from yesterday, I sweated a little less. My note to Xina at the end of 30 minutes said,“I hit a wall, energetically and word-count-wise, but…590 words! All bullshit, but I just wrote and wrote, making stuff up, trying to figure out how to situate poor Matty in the Battle of Roncevaux.”

Sprint Day 4: “Gah! 333 words. Better than nothing. Each one like pulling teeth. Honestly, I wouldn’t write a single word if not for these sprints, but I’m slowly chipping through my blockage and finding some little dribs and drabs of story.”

Sprint Day 10: “OMG. I had restless leg syndrome really bad so the only way I could write was by dictating into my phone while pacing around. I got more than 1300 words! It’s not story per se, but I was working through two brilliant ideas that came my way today…I feel like I’m shaping the arcs of my two protagonists and meeting all the required “Brokeback Mountain” beats. I’m pretty excited.”

Sprint Day 17: “Thinking on the page has netted me 1035 words (not story), and I’m very close to an actual outline, with all the logistical problems either solved or with solutions in sight.”

Sprint Day 31: “I can’t tell you how good it feels, as if I’ve found my true self again! It’s all very well, pouring out effort on the podcast, and Story Grid, and editing for clients. All that stuff is important to me. But this is the real deal, the hard path. My real identity.”

Sprint Day 37: “235o words! [It’s important to note here that, far from feeling like I was pulling teeth, I didn’t want to stop, so I kept going for 90 more minutes.] I am having SO MUCH FUN. I’m writing the whole story as casually as possible from Betsey’s POV… It’s turning up all kinds of interesting possibilities in the narrative device—how much to reveal, how much she could have known, what her own opinions were, etc.”

I went on to add: “I’m ready to accept that the only way I can write a story is to write my way into it with huge swaths of words that I know won’t appear in the final draft, so they don’t have to be written as if they will. This is a major breakthrough for me!”

Laugh all you want. It’s not as if I didn’t know about daily writing. It’s not as though Shawn Coyne himself hadn’t told me this four months ago.

The blue-collar process of just being a workman-like person, who shows up and does her job is the way to create flow. If you don’t show up or you quit, the muse goes, “You know what? I’m going to come back in a year. Let’s let Anne go through her thing and then in a year, I’ll check in on her again.” When I say Anne, I’m saying all of us students. This happens to me all the time.

You know what? You never get used to it. When it happens, say 20, 30 times in your life, you start to go, “Oh, okay. It’s you again, right? All right, I know what you’re about.” The delay starts to shorten. Something that would upend me for two years started to upend me for a year and a half. Now I can usually pull myself out of something within a week. A week, that’s pretty good. I’ll take a week, as opposed to a year and a half, or two years. That’s where you are in. You’re in that place.

You just need to, when these things start to surface for you, you got to put a label on them and go, “Oh, that’s the bullshit guy. That’s the bullshit guy. Hi. How you doing? You can hang out here for a week and then you got to go. You know what? I’m going to do something else for a week and then I’m coming back to my stuff. Your ass is out of here by then.”

That works, because you can talk yourself through through self-examination of why you’re resisting. Why am I resisting this process? Is the process stupid? Well, let me think. I don’t think Shawn’s stupid. I don’t think the Story Grid is stupid. In the two, three years I’ve been doing it, it’s been helpful. Maybe it’s not perfect, but chances are there’s a good probability that it actually might be helpful.

Should I go to the end of the line with this thing, or not? Well, the probability that it might be helpful is pretty good. The probability of it not being helpful isn’t as good as the probability of it being good. Just as a rational human being, I Anne, I’m just going to take it to the end of line and see what happens. If at the end of the line I’ve created something that I’m not very proud of, I can put that in my I’m not very proud of this, but it was important to write anyway drawer. That’s what I think about the problem.

Until November 10th, I had never quite let go of my belief that only writing for four hours a day really counted. That only pouring out real working scenes was really writing.

Basically, I never let myself quite accept that writing a lot of crap—feeling stupid, blundering in the dark, jotting down notes, going repeatedly astray, and changing my mind—is the only way to skim the scum off the surface of my creative well and start to find fresh water.

I don’t know if “Danebury Hill” is going to be fresh, or even acceptable. I have no idea what my famous editor will think of it, or whether he’ll end up publishing it.

But I do know that it’s going to be written. And that’s something that, before November 10th, I honestly couldn’t say.

Very special thanks to Xina Marie Uhl, my good friend and constant cheerleader, for sticking with me. Xina’s the author of the hilarious Western romantic adventure Lady Law and the Texas Derangers, and you can find her at https://xuwriter.com.

Join us next week for another episode in which we’ll all deepen our knowledge of story and level up our craft. 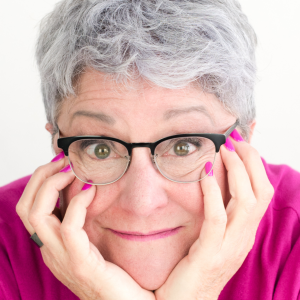