Since we’ve talked so much about the first season of Killing Eve, we don’t wanna leave the big question unanswered, why the second season wasn’t perceived as good as the first one. Or as the Rolling Stones Magazine said: that spark from Season One never fully reignited.

It’s gonna be just this one episode where we focus on the global story and will answer and discuss the most important questions to see where Killing Eve Season 2 didn’t work – which means not having satisfied the viewer’s expectations.

For discussing the second season, we use the Story Grid 6 core questions to get a better sense of genre, expectations, and the beginning hook, middle build and ending payoff of the TV series.

Recap: What happened in Season 1:

What are the beginning hook, middle build and ending payoff?

After Villanelle is severely injured by Eve last season, Villanelle tries to get help and make her way to London to find Eve, and after avoiding detection by the 12 and trying to heal, she finds herself under the power of a psycho in England named Julian.  Trying to escape, she first calls the 12 but is turned down and then calls MI6 to speak with Eve and leaves a message which Carolyn receives. After Carolyn tells Eve, they try to search the neighborhood to find Villanelle, only to arrive just after Villanelle has killed Julian and met her new handler Raymond who drives her away from the area.

After Villanelle heals and starts killing for the 12 again, Eve succeeds in capturing the Ghost, but can’t break her and determines the best way to get information from the Ghost is to hire Villanelle.  Eve uses herself as bait to meet Villanelle and convinces Villanelle to work for MI6 and break the Ghost, which she does, and get information about a special weapon and Peel’s involvement in the assassinations.

What are the obligatory scenes of the global genre?

What are the conventions of the global genre?

What’s the point of view?

What are the objects of desire?

Eve Polastri: Even though Eve investigates the ‘Ghost’ now, she still wants to see Villanelle again. At first, she always checks french police reports and news for any sign of Villanelle. They finally meet in episode 5. We’ve waited a long time for this and suddenly Villanelle, who is a proven psychopath, is allowed to help out on an investigation? It’s like she got the jail free card. And Eve’s more motivated to watch Villanelle, than working on the case. The case just seems like the means to be with Villanelle.

But anyway, Eve is obsessed with Villanelle and sexually aroused by listening to her or thinking of her. So some part of her is telling her not to fall for Villanelle, but being in love you do stupid things. Which ultimately lead to Eve’s wake up call in the last episode.

Villanelle: Eliminate skilled mystery woman ‘The Ghost’ who could take Villanelle’s job if you believe her new handler Raymond (i guess an organization like the 12 has more assassins for hire. So why kill Villanelle when they could have 2?) But what really bothers Villanelle is that Eve is investigating someone else. She wants Eve for herself. It’s an obsession love story on her end, too.

Note: In episode 1 the side of Good and Evil was clearly recognizable. Eve was the protagonist and Villanelle her antagonist.

But who’s the antagonist in Season 2?

There are several but there’s none that pushes the plot forward from the beginning of the story to its ending?

Having no clear antagonist is the heart of the problem. Our previous villains have becomes victims. Constantin is now helpless without his family and has to hustle for work. Villanelle remains unhinged, but it’s clear her power is limited, she’s no master villain. The Twelve have diminished as a villain save for the pasty-faced Raymond, who is dangerous but he lacks the threat and that Constantin displayed in Season 1.

Worse still, we have no hero. Eve’s descent into immorality tilts the balance. In a sea of semi-villains, we have no lightning rod for morality, apart from Kenny.

In short, we are lacking a master villain.

What is the controlling idea/theme?

Death triumphs if love gets in the way of being able to use your gift to the fullest (Eve’s psychoanalysis capabilities) and see the one you love for who they truly are.

Villanelle broke into Eve’s apartment to use her toothbrush and move things around—you know, just for fun, but we never got Eve’s reaction to it.

And there was no shepherd pie cooked by Villanelle.

And at the hotel in the last episode, Villanelle just walked into the surveillance room. Just like this? So easily.

Furthermore, the objects of desire are not clearly defined. And there’s a lack of a clear antagonist. And it seemed more of a love story than a thriller.

But listen in to the podcast, we have a theory that Carolyn might be the Master Villain in the overarching story.

Not as good as Season One, but still quite good.

We’ve changed our format because we’ve noticed that going through each episode might be too micro. We want to focus more on the global story of the seasons of TV Series.

We’re gonna try this new format beginning with the next TV Series which will be The Umbrella Academy Season 1.

There will be 5 episodes. They all aim to give you a better understanding of how stories work on a global scale so that when you look at your own work, you’ll be able to tell what exactly you need to do when you start editing your novel or screenplay.

The first one is the introduction to the series and about expectations.

Episode 2, 3, and 4 will be about the Beginning Hook of the story, the middle build, and its ending payoff.

In episode 5 we will discuss the global story and how well it worked or didn’t work and why.

Find all our other episodes here: 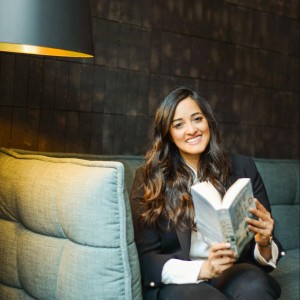