The journey of a thousand miles…

In 1977, Stars Wars burst onto movie screens around the world, capturing the hearts of millions of viewers and establishing itself so firmly in the collective culture that 42 years later we still avidly follow the ongoing saga, frenetically hyping each release of a new installment in the franchise, and passionately arguing whether or not the plot and characterizations do justice to canon or disservice to our expectations.

Not only did Star Wars: A New Hopegive us heroes and villains we still love (and love to hate), it dished up a tasty bit of scholarship on a shiny silver platter. The Star Wars box office take made Hollywood moguls sat up in their overstuffed chairs and take note. Christopher Vogler wrote an enigmatic white paper that circulated widely among screenwriters behind the scene (this white paper later morphed into his book, A Writer’s Journey).

Everyone wanted in on this magical thing called the monomyth. Suddenly people were talking about mythic symbolism, the Hero’s Journey, and the wisdom revealed by a previously obscure academic who told us to follow our bliss.

Here we are in the 21stcentury, and the Hero’s Journey seems to have lost some of its luster. Among the criticisms hurled at it through the years are that it’s ethnocentric, it’s gendered in support of the patriarchy, and that it’s led to an overabundance of formulaic films replete with two-dimensional heroes.

Way back in 1975, three years before Star Wars even hit the theaters, Steven R. Phillips wrote an article about using the monomyth to analyze contemporary literature. He said:

[*The emphasis is mine. I write about the changing relationship of fiction and modern myth in another article, “Mano a Mano with the Monomyth: Why the Heroine’s Journey Matters.”]

Approaching a half-century later, we still love Star Wars, but the Hero’s Journey has entered its own Tests, Allies and Enemies stage.

Both the Hero’s Journey and the Story Grid methodology are literary tools. They were originally intended to be applied to a finished object – a Story – to examine the pattern of its constituent parts.

People are naturally inquisitive. As one might expect, someone will inevitably turn the tool around and see if it works the other way.

And why wouldn’t it? If we know the parts and the pattern before we start, we can build a better beast, right? It works for sewing, cooking and woodworking (lots of things), so why not writing?

This is both the power and the fatal flaw of the monomyth. It’s a two-edged sword.

A skilled writer can craft a story so compelling, so driven, that we never even see the framework it’s built upon. We hurtle through the story, hearts pounding, souls wrenching, skillfully driven from Inciting Incident to Resolution. Some writers are just that good.

One of the most critical things that Shawn and the Story Grid Editors stand by as a way to achieve that level of skill is understanding the importance of genre.

It’s the first question we ask of a writer or a manuscript. What genre are you writing in? What genre is this story?

There are articles galore on the SG website on the importance of genre, the purpose of genre, its characteristics and secrets, and their multitudinous obligatory scenes and conventions. So many choices! So many flavors! (Sometimes it’s hard to pick just one.)

There are twelve SG content genres, with different requirements and expectations, all sitting somewhere along the sliding scale of Maslow’s Hierarchy of Needs and its accompanying values at stake.

Yet they all have something in common. All of ‘em.

Yep. You guessed it.

Like that old romantic partner you thought you’d moved on from, but there they are and the sparks still fly.

Now, I’m not talking about structural genre. You know, the SG clover leaf with archplot, miniplot, and antiplot on it, although the HJ is there, too.  All Archplots are the Hero’s Journey, Shawn says, right at the top of those wonderful genre cheatsheets.

All of the content genres, from Action to Morality (or Action to Worldview, if you’d prefer to rank them alphabetically raher than by value at stake), share at least some aspect of the Hero’s Journey in their obligatory Scenes and Conventions.

It’s a ticklish thing, aligning elements across story analysis methods because things don’t always match up in neat boxes. Story analysis is a subjective activity, too. We’ve often heard the Roundtable Editors put forth differing interpretations of story and scene. I find that’s one of the most thought-provoking aspects of that podcast.

Taking the time to analyze masterworks yields an enormous payoff to the writer. The more we do it, the more we are able to understand not only the parts of the story, but what makes it tick and why it works. Analyzing masterworks lies at the core of the Story Grid methodology.

The Hero’s Journey is just one of the many tools to use, and it remains sharp.

Call to Adventure and Refusal of the Call

The Call to Adventure is the first step on the journey that draws the character out of their ordinary world, out of their comfort zone on a journey toward a meaningful life.

The writer uses the Call to Adventure to present the global problem or challenge and set up the protagonist’s Objects of Desire. This arises from the genre choice and the subsequent value at stake. The call is how the challenge to the status quo is delivered. It forces the protagonist to recognize that change is coming.

The protagonist often refuses to be drawn away by the call. They may deny their responsibility to resolve the challenge, denying the seriousness of the event or feel they are needed elsewhere. They may refuse the call because they feel unworthy or that there are others better suited to the challenge.

Archetypes most associated with the Call to Adventure and the Refusal are:

For the rest of this article, I want to address one of the most common complaints made against the Hero’s Journey, that it leads to formulaic writing. Instead, we’ll look at some of the ways writers have innovated an ubiquitous two-part aspect of the Hero’s Journey, The Call to Adventure andThe Refusal of the Call.

We all know the call in Star Wars, when R2D2 plays Princess Lea’s message to Luke. At first, he refuses, choosing instead to stay and help his uncle at the farm.

In The Matrix, Neo literally gets a call on his cellphone. He receives a series of messages that tell him about the Matrix. His refusal plays out in his initial rejection of the order to climb out the window.

The Fellowship of the Ringsshows that Frodo’s call is issued by the wizard Gandalf who asks him to take the Ring to Rivendell. Once there, Frodo thinks his part is over and cedes responsibility to Elrond and the Council.

In the courtroom drama, The Verdict, Frank Galvin’s call comes when he’s given a medical malpractice suit by a colleague. His refusal can be seen in his initial response to settle the case, to ignore whether or not justice is being served and just take the settlement money.

In Marvel’s Black Panther, T’Challa must step up to take his father’s place as king of Wakanda. He believes his call is clear: to succeed his father, but the true call is to use the knowledge and resources of Wakanda to make the world a better place. T’Challa’s refusal comes in his choice to protect his country’s resources through a policy of isolationism.

In Harry Potter and the Sorcerer’s Stone, Harry Potter receives an invitation to attend Hogwarts. Harry’s refusal is that he at first disbelieves that he could be a wizard. He is unaware of his gifts and his place in the world.

The Inciting Incident in Flightis an airplane crash. The call comes later, when lawyers present evidence that the protagonist’s actions may have caused the crash. Whip’s call is to face the truth about himself. He refuses to accept that his drinking is a problem to himself or others, and heads for a bar right after the hearing.

In Spirited Away, Chiro’s call occurs when she and her family become lost on their way to their new home. They come across a tempting array of food in what seems to be an abandoned amusement park. Chiro’s parents fall to it, but she does not, entering the extraordinary world by a different means.

In The Hunger Games, Katniss volunteers to stand in for her sister who is chosen during the reaping. The call to adventure comes in the form of a lottery. Later, Katniss refuses to follow Haymitch’s advice on how to gain support and win sponsors.

So this is what we’ve got:

These examples give us a taste of the variety of ways writers have portrayed the first step of the Hero’s Journey. Each example sets in motion a series of choices the moves the protagonist along the value spectrum of the story’s genre.

The stages of the Hero’s Journey remain a wide-open playground for writers. Yes, it’s not perfect. Yes, there are alternatives. But it does still work, and I suspect that’s because it arises from a deeper part of the human psyche that we all share.

We are all humans, in all our glorious diversity. We can (and should) celebrate our wonderful differences. On the flip side of that coin, there are so many things that bind us together. The monomyth is one of those things, and it’s an essential part of the writer’s toolkit.

Are you interested in myth and archetypes? Want to incorporate and innovate the hero/ine’s journey into your writing? Let me be your guide. Give me a call and let’s map out your writer’s journey. 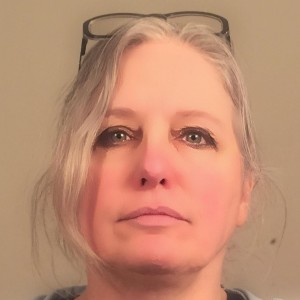