Are you a bad-ass writer ready to start a revolution? Or are you harboring an ideal worth pursuing while preferring more subtle change? Take a journey with me into the Society Genre and unlock the code that will improve your writing, help you shift power from the oppressors to the oppressed, and embolden others to seek equality for all. Together, we’ll discover an intriguing world where self-respect meets external validation, where characters overcome fear, risk, vulnerability, and impotence to rise up against their subjugators. A world of exhilarating rebellion you can deliver to your readers in the form of entertaining stories.

Together, we can make some trouble. But how? We start with a basic premise:

Stories are powerful, if they work.

So let’s start with structure. It’s dependent upon our genres. As a writer, the key to creating change is learning what kind of story evokes the change you wish to see and learning how to tell it. Should you want a refresher on the Story Grid’s categorization of genres (they’re not the same at your local bookstore), you can find it here.

We write better Society stories when

we have a deep understanding of the genre.

Gaining a full understanding of your genre might feel like a hurdle but it’s not insurmountable. For me, working on my current manuscript, it felt like a year-long barroom brawl, though I was the only one fighting. The body of the story was doomed to remain a malformed embryo because I couldn’t settle on my Core Event. My story was disjointed because there was no single clear Value Shift. Sure, I knew I’d benefit from taking Shawn Coyne’s advice and comparing my story to the masterworks in my genre. I knew the genre was either Society or Status but which story was I trying to tell? I didn’t know how to tease out the differences between the two genres. The dilemma was sucking my creativity and time into a cesspool of Resistance. I decided to fight the Resistance devil before it pulled me under. I slipped on the metaphorical boxing gloves and completed an in-depth study of the Secrets of the Status Genre. Still, I wasn’t sure I had the right genre for my manuscript. So I dove into the Society Genre and learned everything I could from Shawn (In brief, see The Story Grid book, pgs. 84-88, 96-97). I found my solution. Ultimately, I chose Status as the genre for my current manuscript and now, as a bonus, can share the basics and benefits of a Society story with you.

What is a Society Story?

A Society story, at its heart, is a story of rebellion. It’s a story of subjugated people confronting their subjugators. While these groups can be political or socioeconomic, they may also be within a family or other smaller social grouping. The characters in a Society story represent aspects of the protagonist. “The Society Story is an allegory of power and lies…a mini-plot (multiple characters) external genre that culminates in the revolutionary event when power shifts from one segment of the social order to another. Society stories, like War stories, use tightly confined story trajectories in sharply-focused subgenres to represent global social power struggles. Even the epic Society stories focus on deeply personal and specific human conflict.” —Shawn Coyne “This genre identifies problems in society—poverty, the education system, antisocial rebellion…then constructs a story demonstrating a cure.” —Robert McKee

We’re drawn to Society stories because

we want to see wrongs made right.

Readers choose Society stories because they want to experience fear, intrigue, and the exhilaration of rebelling against a system without the risk and real-life consequences. For example, after watching the movie Thelma and Louise (or after a single episode of the television series Mad Men), I didn’t drive myself off a cliff or devote myself to overthrowing the patriarchy on Madison Avenue, but I felt compelled to fight for women’s rights.

What are the Values at Stake in a Society Story?

Of course, you noticed there’s something worse than impotence: The “negation of the negation” in a Society story is impotence masked as well-being. Pro Editor Tip: If a character pretends to have power for personal gain, it’s worse than pursuing real power and failing.

What’s the Controlling Idea of a Society Story?

The Controlling Idea of a story is the “lesson” you’d like your reader to come away with, the meaning you hope they apply to your story. Also called a Theme, it’s the single sentence summing up the argument your story attempts to prove. The Controlling Idea of your Society story may be either positive or negative. Broadly speaking, if your Society story is positive, it will have a Controlling Idea something like: We gain power when we expose the hypocrisy of tyrants. If your story is negative, it will be more like: Tyrants beat back revolutions by co-opting the leaders of the underclass. Pro Tip: There’s nothing wrong with using stock ideas or phrases for your Controlling Idea. Your audience will never see it but its essence will guide their understanding of your story with continuity and purpose.

What are Obligatory Scenes

and Why do They matter?

Shawn describes Obligatory Scenes as “must-have scenes for paying off readers’ expectations as set up by the conventions of the genre…. If you leave out a scene, you’ll have a story that doesn’t work.”

Obligatory Scenes of the Society Genre:

What are Genre Conventions

and Why Do They Matter?

Here’s how Shawn explains Conventions: “They are elements in the Story that must be there or the reader will be confused, unsettled or so bored out of their skull that no matter how beautiful the sentences, they’ll quit reading. Conventions are not obligatory scenes…they are specific requirements in terms of the Story’s cast or methods in moving the plot forward (minor revelatory turning points that must be there but can be weaved into the story at the writer’s discretion).”

Conventions of the Society Genre:

Another way to view the Society Genre is via the Story Grid Gas Gauge of Need, based on Maslow’s Hierarchy of Needs. The Gas Gauge helps us visualize the full range of characters’ needs as fuel tanks whose levels rise and fall as a result of change. Let one of the tanks drop near E, and your character must act.

What are the Subgenres of Society?

There are five subgenres of the Society Genre.

But It Still Looks a Lot Like a Status Story.

This confused the hell out of me for a while because I thought a Society story was a tale that served as a commentary on society. A Society story isn’t every, or even most, stories that are commentaries on society. Those are usually Status stories. Status stories are about people making their way in society, establishing or maintaining their rank, and attempting to rise to a higher place within society. Think of those John Hughes movies of the Eighties (Pretty in Pink, Sixteen Candles, Some Kind of Wonderful, and The Breakfast Club). They taught us that white middle-class teens are people too. In those movies, the teens may have changed their personal position within their high school microcosm of society but they didn’t take power from one segment of society and transfer it to themselves. The characters themselves shifted in their Internal Genre (Status). While the adults, the societal norms, the entire world of the External Genre (Society), stayed the same. In a Status story, the Core Event is when the protagonist chooses to do what’s necessary to attain higher status or reject the world they strived to join. There is no revolution, no power shift. Unlike Society stories, Status stories can be mini-plot or arch-plot. They arc between success and failure instead of power and impotence. Go Ahead, Be a Rebel.

Now you have some basic keys to the Society Genre and many of the tools you’ll need to write better Society stories. Even though you’re likely already a rebel, I’d be remiss not to mention that the way to put this all together is to read as often as you can. Compare masterworks in the genre and hold your own work up to them. Check your work with the Story Grid book and against the Society Genre Secrets here. Use your rebel enthusiasm to get through the long slog of editing your work.

Special thanks to Anne Hawley for creating the Global Value Infographic and genre comparison chart and for editing this post. Special thanks to Diversity Computers for technical assistance. 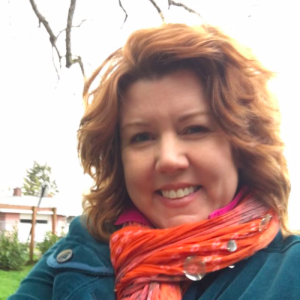 Rachelle Ramirez helps writers develop their stories and believes stories are our most important catalyst for change. She received an MA in psychology from Goddard College and attended the School of the Art Institute of Chicago's Masters in Creative Writing Program on a merit scholarship. Rachelle served as the executive director for a national writing community before becoming a Certified Story Grid Editor. She is honored to have edited the award-winning fiction of some amazing authors but her favorite work is with first-time novelists and narrative nonfiction writers. She is easily bribed with promises of iced coffee drinks, piles of puppies, and long walks in thunderstorms. She is currently writing The Story Grid Guide to Genre with Shawn Coyne and hosting an upcoming season of The Story Grid Podcast. Her forthcoming novel is White Grrrl, Black Sheep. Contact Rachelle to schedule a free 30-minute consultation on your story at rachelleramirez.com.
Comments (47)
Author Rachelle Ramirez