One Central Character: Tita is the central character.

Tita’s sister Gertrudis embodies the rebellious, free part of Tita’s personality. Gertrudis runs away from home, gaining the power that Tita wants for herself. She finds a passionate love and becomes a revolutionary general.

Rosaura, Tita’s oldest sister, represents the part of Tita that clings to appearances. She wants everyone to act according to their external stations rather than according to the truth of their feelings.

Chencha follows the path that Tita could take if she abandons the fight to change her family. Even though she is not a virgin because she has been the victim of rape, Chencha is able to marry her childhood sweetheart and live a quiet life. This avenue is open to Tita after John forgives her for having an affair with Pedro during their engagement, but Tita would have to let her niece suffer the same way that she did.

Big Canvas (either a wide scope external setting or the internal landscape): The tradition encompasses multiple generations of the de la Garza family. The canvas also covers the Mexican revolution.

Clear Revolutionary Point of No Return: Tita’s interior shift is dramatized as a fight with Mama Elena’s ghost. Once she denounces her mother’s memory, the ghost dwindles into a point of light. It then shatters the lamp near Pedro, burning him and allowing Tita to act out her new mindset by being true to her feelings and caring for Pedro instead of letting Rosaura push her away.

Vanquished Are Doomed to Exile: Mama Elena, as the matriarch of the ranch, has the power to send people away and command that the others at the ranch forget their existence. She first does this when she learns that Gertrudis is living at a brothel. She burns her birth certificate and claims that she is dead. When Tita blames Mama Elena for Roberto’s death, Mama Elena sends her to an asylum and forbids Chencha to contact her. Tita is only saved by John’s decency.

The Power Divide between those in power and those disenfranchised is large: Mama Elena runs the ranch, while her daughters have little to no autonomy. While they are living at home, she can decide their fate.

Win-but-lose/lose-but-win ending: While Tita succeeds in stopping the family tradition, she is never able to marry Pedro and have a family. When they are finally free to marry after Rosaura’s death, they both die and the ranch burns to the ground because of the heat of their untempered passion.

Inciting Threat to the reigning power: Pedro’s offer of marriage to Tita threatens the order that Mama Elena has established in her household. Moreover, this is the first time that Tita has had the courage to question one of Mama Elena’s orders.

Forced to respond, protagonist lashes out: Tita is forced to respond when Mama Elena puts her in charge of the wedding preparations so that she will be forced to face the fact that the wedding is happening. She lashes out when she cries into the cake batter. As the youngest daughter, who is consigned to the kitchen, her position in the power hierarchy only allows her to express herself through food. This is the first time that her emotions affect the food that she makes, and the guests become violently ill, just as she is from her heartbreak.

Each character learns what the Antagonist’s object of desire is: From the beginning, Tita knows that Mama Elena wants her to remain unmarried so that she can take care of her until she dies. After her death, Tita learns that Mama Elena was in love with a man that she was forbidden to marry because of his race. Mama Elena settled into life with her husband after her lover’s death. When Tita was born, Mama Elena’s husband learned of her affair and died of shock. Tita realizes that her mother hated her for the upset to her own life, and that she wanted to perpetuate the misery that she was forced to endure.

Initial strategy fails: Initially, Tita believes that she can just wait out Mama Elena’s life and remain reactive. After Mama Elena dies, this seems to be working when she is going to marry John and have her own life. However, when she hears Rosaura’s plan to have her daughter remain unmarried to take care of her, she realizes that the Antagonist is bigger than Mama Elena — it is the family tradition, which lives on despite her mother’s death. This is dramatized by Mama Elena’s ghost, which haunts Tita after she begins her affair with Pedro.

Protagonist, realizing they must change their approach to turn the power tables, reaches all is lost moment: Tita’s all is lost moment comes when she believes that she is pregnant with Pedro’s child. She knows that she will have to leave the ranch, but believes that John will no longer marry her. Mama Elena’s ghost has cursed the baby and denounced her for her immorality. She has no one to talk to because her only friend, Chencha, is a gossip who would spread news of the pregnancy.

Revolution Scene: Power changes hands when Tita finally confronts Mama Elena’s ghost. She has the courage to expose Mama Elena’s hypocrisy in demanding proper behavior when she herself had a love affair and an illicit child. She tells the ghost her true feelings — that she hated her — rejecting the rule of the family hierarchy and taking power over her own life.

Protagonists Are Rewarded on one or more levels:

Personally, Tita is rewarded with a strong sense of self and peace with her own decisions.

On the interpersonal level, Tita lives a long life with a romantic relationship with Pedro and a rewarding friendship with John.

Extrapersonally, Tita gains a legacy as dramatized in the narrator, her great-niece, who exists because of her. She carries on Tita’s legacy in the kitchen and tells her story.

The story is told by Tita’s great-niece, Esperanza’s daughter. She has learned Tita’s stories from her mother and from the cookbook/diary that Esperanza found in the ashes of the ranch. This is a great choice because Esperanza’s daughter is untouched by the tradition — she is Tita’s legacy, both in her choice to carry on Tita’s recipes and in her freedom to choose her own path, which is a gift that her great-aunt fought for. Her very existence is possible because Tita went to battle with Rosaura so that Esperanza and Alex could marry.

Tita wants to marry Pedro and have a family. She needs to set aside the conception of morality that her mother has instilled in her, recognizing her mother as a flawed individual and herself as a person capable of choosing her own path.

Children in oppressive families gain power by recognizing their parents as flawed individuals.

Beginning Hook: Pedro asks for Tita’s hand in marriage, but when her mother, Mama Elena, explains that Tita must take care of her until her death because Tita is the youngest daughter, Pedro marries Tita’s sister Rosaura instead, thinking that the marriage will keep him close to Tita.

Ending Payoff: Tita confronts her mother’s ghost and claims power over her own decisions so that she can carry on her relationship with Pedro and save her niece, Esperanza, from Rosaura’s order that she not marry. 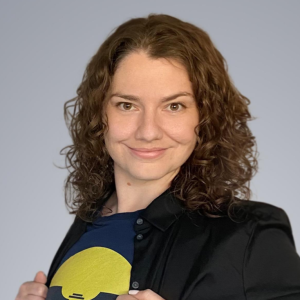 Danielle Kiowski is an author, editor, story nerd, and data geek. As the founder of Writers by Night, she empowers ambitious professionals to fulfill their creative dreams of becoming fantasy authors — without burning out. Get her resources for writers and take the first step toward your creative future today.

by Shawn Coyne
What are the first principles in writing a story that works? At Story Grid, it’s easy to get distracted by the tools, spreadsheets, commandments, macro lense, micro lense, and on and on. However, all of this eventually comes back to five first principles. In Story Grid 101, Story Grid founder Shawn Coyne distills 30 years... Read more »
GET YOUR COPY
Paperback: $19.99
Ebook: $0
Audiobook: $14.99
Comments
Author Danielle Kiowski